069: Cycling Across America For Yemen 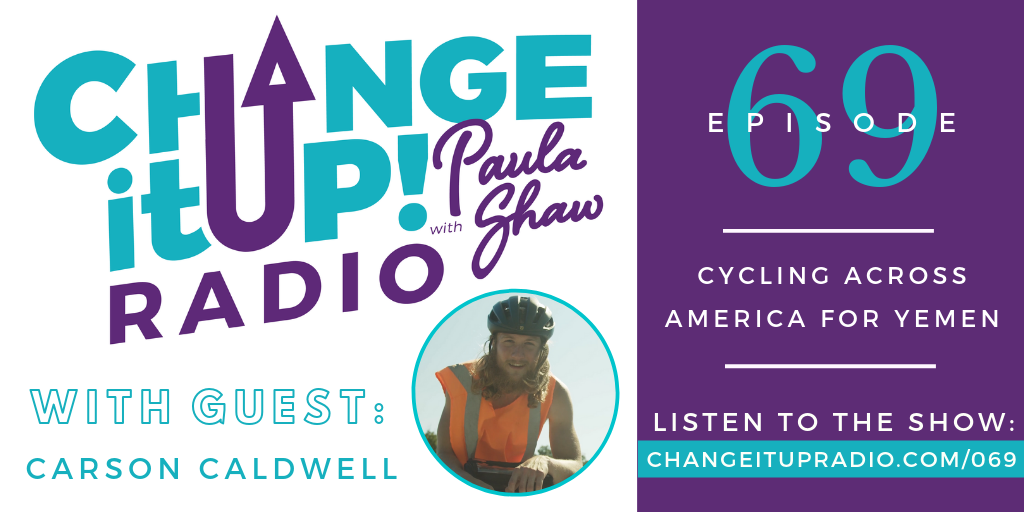 Today we’re talking with Carson Caldwell who is biking across the United States to raise awareness about the humanitarian crisis in Yemen.

After doing an internet search for “which countries are starving,” Carson Caldwell learned about the humanitarian crisis in Yemen and was quickly overcome with a sense of helplessness upon discovering the severity.

The New York Times is calling the situation in Yemen “the world’s worst humanitarian crisis” with 22 million Yemenis in urgent need of humanitarian aid. The conflict has also pushed 32% of its provinces into a heightened risk of falling into famine.

Carson is currently riding his bicycle from Pennsylvania to California with several stops along the way. He hopes to meet with supporters while raising awareness and funds to send food and other humanitarian aid to people in Yemen.

“There are approximately 8 million people who are on the verge of starvation. In the last 3 years, 85,000 children under the age of 5 have starved to death,” says Carson, “So $1 can provide a meal for one family in Yemen, $3 can provide 3 meals. So, you can feed a family for a whole day with just $3.”

“I’m really proud and honored to be associated with Baitulmaal because they’re a very passionate group of people who are making a real difference in the world today.”  –  Carson Caldwell 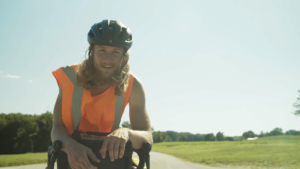 Carson Caldwell spent most of his childhood in Southern California, but he has spent the last several years of his young adult life in Philadelphia.

Carson has been riding bikes ever since he was very young, and cycling is a very important part of his life.

Carson says that while riding his bike, there’s a lot of time to contemplate many different types of issues. Several months ago he sat down at his computer and searched “Which countries are starving?”

This search led Carson to discover what’s happening in Yemen, where the worst humanitarian crisis in the world is occurring. Millions of people are starving and lacking proper shelter and proper medical care.

This information really made an impact on Carson and he felt a sense of helplessness — a sense that nothing could be done.

He thought to himself that he could sell his possessions and empty his bank account, and that contribution would certainly mean something. But would it really address the problem? He could tell everyone he knew what was happening, but would that really do anything?

Carson came across a New York Times article entitled “Yemen’s Humanitarian Crisis: How to Help.” The article listed links to organizations that are making a difference in Yemen today.

One of the organizations mentioned in the article was Baitulmaal, a highly rated nonprofit charity based in Dallas, Texas. They are making a significant impact in Yemen and other countries where there is a great need.

Carson had been planning on doing a cross-country bike ride for some time before this, but he realized that he could use this bike ride as a vehicle to raise awareness and money for the people who are suffering in Yemen.

He decided that since he was going to be moving across the country, rather than hopping on a plane or driving with his dad, he would cycle across the United States.

It became Carson’s mission to make a difference and to do his best to help the children and families of Yemen.

“I really feel a sense of obligation to try to do something to help. I believe if we all band together and unite, we can make a very meaningful difference for the children and families suffering in Yemen today.”  –  Carson Caldwell