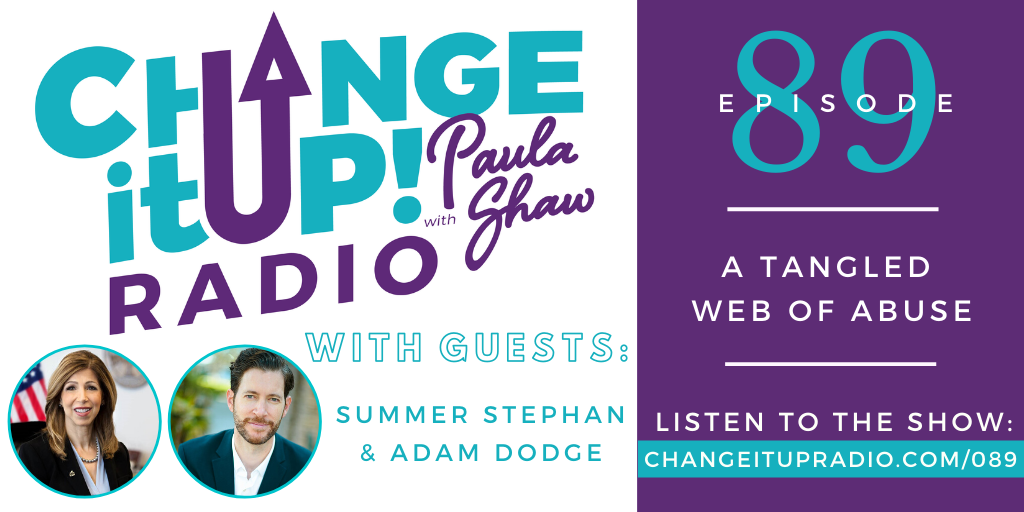 Today we’re talking about the fight to end human trafficking and technology-enabled abuse.

Sex trafficking is a crime where individuals (especially women) are forcefully involved in commercial sex acts. Supply and demand have increased exponentially over the years, due in large part to the internet.

Today, many traffickers utilize social media to lure and manipulate victims and market minors and trafficked victims for the purpose of prostitution and sexual exploitation. Abuse has gone digital, and technology is increasingly used to commit acts of domestic violence, sexual violence, stalking, elder abuse, and human trafficking.

Summer Stephan, San Diego County’s District Attorney, has devoted her life to protecting children and families and providing justice to the voiceless and most vulnerable. She joins me today to discuss who is pulling the strings behind human trafficking, how they’re reaching and trapping individuals into sexual exploitation, and how we can keep ourselves and our loved ones safe in the fight against human trafficking.

Adam Dodge, Founder of EndTAB.org (Ending Technology-Enabled Abuse), is dedicated to addressing existing and future threats posed by technology to victims of crime and gender-based violence. He joins us today to address existing and future threats posed by technology, and the ways in which technology is misused and weaponized to harm vulnerable victims of crime, such as victims of domestic violence, sexual violence, stalking, elder abuse, and human trafficking.

“Human trafficking is not like a robbery where you know that you’re a victim. It is a different kind of crime that’s built on deception, so victims often don’t actually know they’re victims.”  –  Summer Stephan 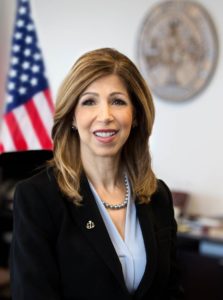 District Attorney Summer Stephan has devoted her life to protecting children and families and providing justice to the voiceless and most vulnerable.

She is a national leader in the fight against sexual exploitation and human trafficking, who has served as a prosecutor with the San Diego County District Attorney’s Office for 29 years.

During this time, Summer combined extensive courtroom experience with over 15 years of management and leadership experience.

She rose through the ranks to appointments as Chief of the DA’s North County Branch and Chief of the Sex Crimes and Human Trafficking Division, a Special Victims Unit she pioneered.

As District Attorney, Summer leads the second largest DA’s Office in California, managing a professional staff of over 1,000 employees, serving as the People’s Prosecutor for all of San Diego County and its over three million residents, which are spread throughout cities and communities from the U.S.-Mexico border to the Riverside County line.

Summer uses her nearly three decades of experience to set public safety priorities and to leverage, partner, and collaborate with law enforcement and the community, to maintain San Diego County as one of the safest urban regions in the United States.

She holds leadership positions in public safety on the national, state, and local level, which includes having been selected as one of only two prosecutors in California to serve on Governor Schwarzenegger’s Task Force for High-Risk Sex Offenders and Sexually-Violent Predators.

Summer serves as a Vice President for the National District Attorneys Association and is the Chair for their Human Trafficking subcommittee. She spearheaded the innovative “Know the Price” campaign, which focused on reducing sexual assaults of college students. She also led the award-winning “The Ugly Truth” Human Trafficking Campaign.

Summer also lead a coordinated effort to protect the community with a school threats multi-disciplinary task force and a unified protocol with all 42 school districts in San Diego County.

She is a leader in advancing public safety through fair and equal criminal justice. She brings solutions to complex issues with a unique data-driven and common sense approach that goes beyond a one-size-fits-all mentality. In addition, she began an effective first-ever Veterans Treatment model in North County with Deputy DA George Loyd, a heroic Marine Corps veteran.

Summer is the recipient of numerous local, state, and federal awards, including an FBI commendation for organized crime prosecution, the outstanding achievement award for the complex prosecution involving the sexual assault and murder of an elderly woman.

She was named an “Angel of Anti-Human Trafficking” and “Modern Day Abolitionist.” She has been named the 2017 Southern California District Attorney of the Year by Crime Victims United, a recipient of the Lifetime Legacy Award by Connected Women of Influence, selected for the Pathbreaker Award by Shared Hope International, and recently received the 2019 Humane Award for her work in fighting animal cruelty. 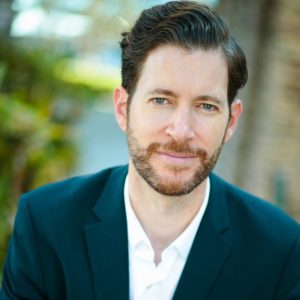 As the founder of EndTAB.org (Ending Technology-Enabled Abuse), Adam Dodge’s work is characterized by his dedication to addressing the existing and future threats posed by technology to victims of crime and gender-based violence.

He has written extensively on technology-enabled abuse, non-consensual pornography, co-authored a domestic violence advisory on the emerging threat of ‘deepfakes,’ and created the first resource guide for victims of Nonconsensual Deepfake Pornography.

Adam’s work in the field of digital impersonation has been featured in the Washington Post and Mashable. He spends a great deal of his time delivering innovative technology-enabled abuse trainings to victim-serving organizations and government agencies around the world.

As the former Legal & Technology Director of Laura’s House, Adam led a department that processed over 1,100 domestic violence restraining order cases annually. Dedicated to advancing impact legislation and public policy, he sits on the Policy Advisory Council for the California Partnership to End Domestic Violence.

Adam co-authored The Empowered Woman’s Guide to Divorce and has contributed to features in the New York Times, Wall Street Journal, SELF Magazine, Los Angeles Times, Gizmodo, and others. He also writes for the Huffington Post and his television appearances include Dr. Phil.

A frequent speaker and lecturer at universities and national conferences, Adam earned his B.A. from UC Santa Barbara and his J.D. by way of McGeorge School of Law and Hastings College of the Law.

“Technology-enabled abuse refers to the ways in which familiar forms of abuse that we’ve been dealing with for a long time – things like stalking, threats, or exerting power and control over someone – are implemented through technology.”  –  Adam Dodge