167: Golfing Your Way Back to Life with Tony Perez 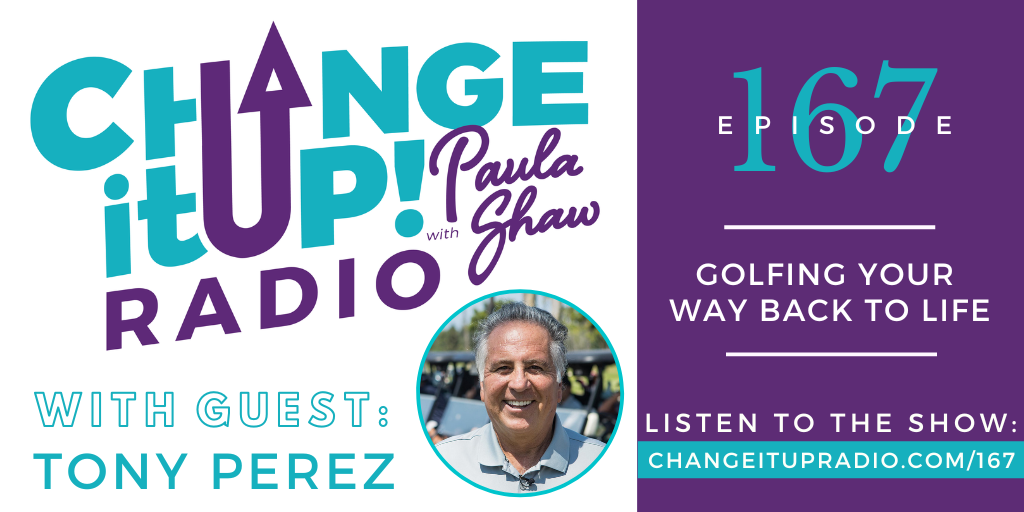 Today we’re talking about using golf as a form of rehabilitation for returning combat-injured veterans.

My guest today, Tony Perez, is a Vietnam War Veteran and the Founder/President of Operation Game On (OGO), a golf rehabilitation program for returning combat-injured Veterans suffering from severe physical and mental disabilities sustained in combat while deployed in Iraq and Afghanistan. OGO was launched in 2008 to use golf as a vehicle to help combat-injured Veterans, mostly in Southern California, rehabilitate and start enjoying life again.

Operation Game On works in partnership with the Naval Medical Center San Diego and Wounded Warrior Battalion West, Camp Pendleton, to equip and instruct hundreds of injured troops, using golf as a form of mental, emotional, and physical therapy. Today, more than 600 combat-injured Veterans have gone through the program, several of whom have credited OGO for preventing them from committing suicide.

Tony provides insight on how golf provides mental and physical rehabilitation which rapidly allows these troops to regain confidence and enjoy an active and healthy lifestyle again. He shares how Operation Game On’s program assists injured soldiers through their rehab by simply taking their mind off injuries, surgeries, and doctors, creates a healing social environment amongst the Veterans with newfound lifetime friendships and a sense of community, and gives them hope of a clearer future after their tragic injuries and the traumatic experiences of war.

If you would like to help Operation Game On in their mission to heal our heroes, please visit OperationGameOn.org to donate today!

“I wanted, I needed, to do something. I felt in my heart that I wanted to do something for these combat-injured men and women coming back, and golf is what I know best.” – Tony Perez

Tony Perez is the President/Founder of Operation Game On, a 501(c) (3) non-profit organization. He has over 40 years of experience in the golf world working as a volunteer with the San Diego County Junior Golf Association serving as tournament director/scorer for fifteen years.

Tony has a history of creating golf programs for those less fortunate than others. In the summer of 1993, having noticed over the years the lack of minority children participating in San Diego County Junior Golf Association tournaments, Tony conceived and co-founded Pro Kids Golf Academy. With his leadership, he established Pro Kids as a vehicle to reach out and bring the game of golf to kids less fortunate than others from the inner city of San Diego.

In January 2006, Tony created Pin Pals Junior Links, a 501(c) (3) non-profit organization targeting the underserved children of the South Bay Area of San Diego County. He created an after-school golf program called “Schools to Links” with twelve middle schools and the program taught the basics of the golf swing and course play to underserved children. In addition, he also created “Teachers Too”, a program that taught golf to the teachers alongside their students, which created a stronger bond between teacher and student inside the classroom.

In January 2008, Tony, a Vietnam Veteran, felt he had to do something for our combat wounded active and Veterans of Operation Iraqi Freedom and Operation Enduring Freedom. So, he created a golf rehabilitation program and named it Operation Game On that has made tremendous strides in getting our combat injured Veterans back into a somewhat normal life through golf. Today, more than 600 combat injured Veterans have gone through the program. His motto says it all, “Building confidence one swing at a time.”

Tony has spent well over 40 years teaching adult beginners and seasoned players, and of course, combat injured Veterans. His method includes keeping his students relaxed, laughing, improving, and showing that golf is just a game and should be enjoyed and played as just that, a game.

Tony has studied the game, listened, and learned the teaching methods in person from some of the best teachers in the world such as Jim Flick, Butch Harmon, Dave Peltz, Dave Stockton, David Ledbetter, Jim McLean, PGA Tour Players, and many other golf instructors. His teaching philosophy is that “one swing technique does not apply to all,” and uses all that he has learned from these various instructors and techniques to apply for each individual student.

“When these men and women come home, we’ve got to take care of them. That’s what we’re doing through golf, and it’s a fabulous sport and a great community of veterans.” – Tony Perez