147: One Veteran’s Resiliency with Jack Gutman 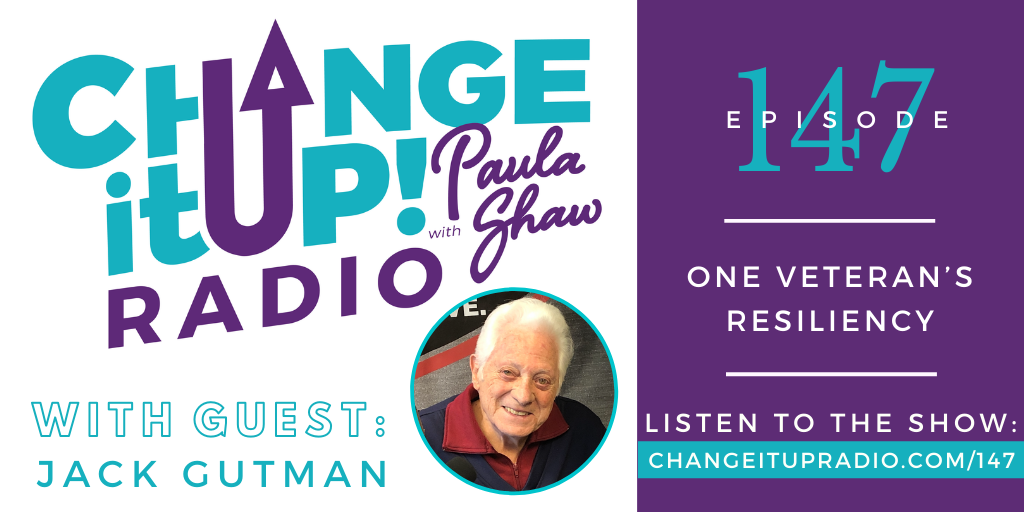 Today we’re talking about honoring our veterans and breaking free from the suffering of post-traumatic stress.

As we are here on the eve of Veterans Day, I want to dedicate this show to all of the former United States Armed Forces personnel, which includes the soldiers, sailors, and airmen, who risked their lives to fight for the freedoms we have today. In their mission to serve our country, they made tremendous sacrifices, and their courage, commitment, and strength are something that we should feel thankful for every day.

In salute of this honorary time of year, I am joined by one veteran in particular who I truly adore… and that just so happens to be my Dad, Jack Gutman! My Dad is one of the last living World War ll Veterans who are healthy, lucid, and able to share with us the realities of D-Day, a colossal moment in our country’s history.

He shares his painful recollection of the Invasion of Normandy and what it was like to prepare, participate, and survive one of the most grueling days in human history. Jack also discusses his journey of healing the wounds of war after a 66 year-long struggle with PTSD, and how he got the help he so desperately needed to regain control of his life.

Today, my Dad is free of flashbacks, fear, and failure. Living from his current state of gratitude, he has one goal… to encourage anyone suffering from PTSD to know that there is so much hope for them and to reach out and get the help that they need.

“Expressing your feelings is so important. That’s how I’ve come out of post-traumatic stress.”  –  Jack Gutman

On D-Day he landed between Utah and Omaha Beaches in the invasion of Normandy, having the difficult task of caring for those killed and wounded during the attack.

Today, Jack is one of the last living World War ll Veterans who are healthy, lucid, and able to share with us the realities of D-Day.

He is also an active comedian, public speaker, and author who loves speaking to students and touching lives with his story. He wrote his book, One Veteran’s Journey to Heal the Wounds of War, to help people with Post-Traumatic Stress and other problems such as sabotaging their lives by drinking to cope.

Jack was video interviewed by the Smithsonian World War ll Museum in New Orleans and this interview is now part of the museum’s archives. He has appeared on Martha MacCallum’s Fox News show, The Story, on Ben Shapiro, in countless video interviews, and of course, on his daughter, Paula’s, radio show and Podcast, Change It Up Radio.

“There are a lot of people out there that you’re going to run into every day that are screaming out to you, “Help me!” Do that job and feel important and listen to them, and you’ll be a help, and you will feel much better.” – Jack Gutman