Join Paula as she interviews a courageous, compassionate man. Most people let a terminal cancer diagnosis defeat them but this man turned it into a catalyst to turn his life upside down and become the man he was meant to be.

Cort Davies was diagnosed with Malignant Paraganglioma in November of 2017. He was given just three years to live. Instead of folding under the intense stress of having late-stage cancer, Cort set out on a mission to save his own life.

After 9 surgeries, having half of his bladder removed, and almost being paralyzed, Cort realized his biggest challenge was actually his greatest opportunity. He also realized that chronic stress was a major deterrent in healing for millions of sick people, including himself. Cort went on a mission to find effective ways of dealing with stress. What he found is saving his life, and his doctors can’t believe that he can do what he does at this point.

He has recently brought light to this topic of stress and cancer in a Ted X Talk, and launched a book called “1 Habit To Beat Cancer.” Cort is also in the midst of launching a podcast and producing a multi-part documentary to try to impact millions of people around the world by giving them the necessary tools to help them manage stress on their journey to healing.

Don’t miss this show as Cort talks with Paula about the ups and downs of this journey and what life is like for him today.  His three years will be up this November, but Cort is paddle-boarding and bicycling every day with no terrible pain and no plans to slow down. Want to find out how to beat cancer? Listen to this show. 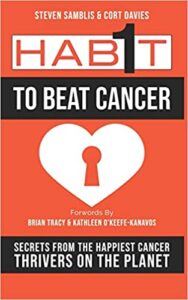 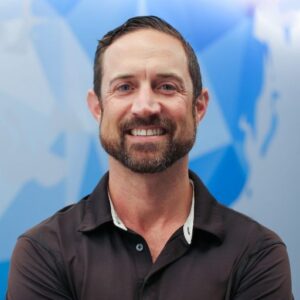 In 2017, Speaker and Stress Management Expert Cort Davies was diagnosed with one of the rarest forms of cancer on earth called a malignant paraganglioma. He was given just three years to live.

Instead of folding under the intense stress of having a late-stage cancer, Cort set out on a mission to save his own life.

After 7 surgeries, half of his bladder removed, and almost being paralyzed, Cort realized the cancer and his journey were a gift and that his mindset and his resolve to survive was paramount in healing.

He decided to translate this gift into a Docuseries and cancer foundation to help educate cancer patients around the world, how to develop a healing mindset, and how to change destructive habits that could hinder their ability to heal. Cort’s goal is to help initiate healing for thousands of cancer patients worldwide.

He and a few close partners started Cancer Love, LLC in early 2019 to pave the way for changing the face of cancer care. Their mission is to educate on what chronic stress does to the body when going through cancer, while offering simple, proven modalities to counteract it.

Watch Cort’s Ted Talk, “Is There a Link Between Cancer and Stress?”: